UPDATE: Ron Frazier and The Waterfall at Nago in Japan. 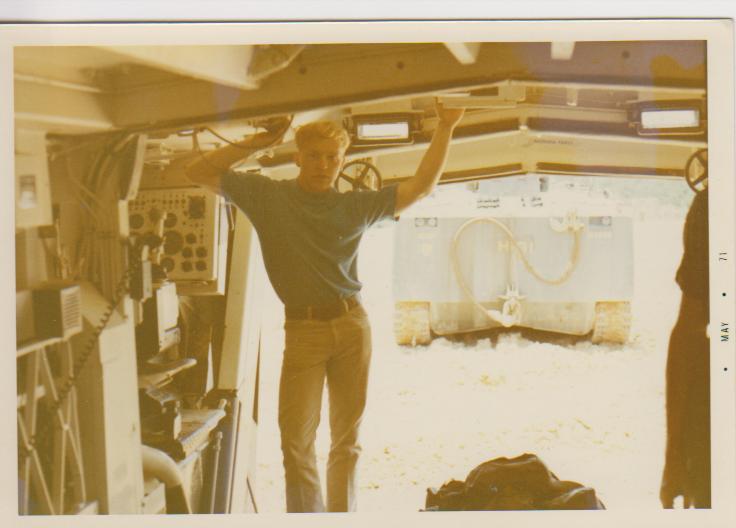 Ron Frazier is a veteran who is looking for help.  He needs to prove to the VA that he witnessed a fellow solider fall to his death at a popular waterfall outside of Okinawa, Japan, in Spring of 1971.  The picture above is a photograph of that waterfall. It is located in Nago, Japan, outside of Okinawa, and the name of the falls is the Hiji waterfall. There’s a description of it in this  travel guide write-up.

Here is a shot of the falls from another perspective: 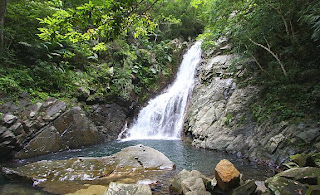 Ron Frazier came to me and asked me to see if I could find anyone who might help him prove to the VA that he was exposed to Agent Orange in Okinawa from the summer of 1970 to the summer of 1971.
Ron Frazier joined the Marine Corp in 1969 in a suburb of Kansas City, Mo. — Overland Park, Ks. He had just turned 18 years old a few months before. He did his basic training at Camp Pendleton. He was a small guy, so they made him the “house mouse.” They called the short guys “rats.” During basic training the drill instructors would make him crouch with his arms streched out above his knees. Rico Publico was the name of the name of one of him. “He was one bad-ass dude” Frazier said. Only after he could sustain the crouch for an allotted time would they let him go to bed. Frazier said he was glad when boot camp concluded.
Frazier attended infantry training outside of San Diego. They had him do forced marches through the hills. He was going to be a ground-pounder. In California, he received trainig on Am-Tracs. They then shipped him to Jacksonville, Florida, to learn to drive five-ton trucks. He brought a van and would head out on road trips with his fellow soldiers on the weekends. This rubbed someone upstairs the wrong way, so they sent him to California for jungle training, telling him he was small enough he would make a good tunnel rat in Vietnam.

They were going to ship him out to Vietnam. At the last second, though, they sent him to Okinawa, Japan, because they needed him to run the rifle range, they told him. He was part of H&S Company of the Third Marine Division, First Am Trac Battalion, stationed at Camp Schwab. He trained soldiers on the M-16 and M-14. No one wore ear protection, but the blasted away. Frazier woudl take empty bullets and but them in his ears.

Frazier was put in an AmTrac crew. He was a crew chief. They would train frequently in waters around the island, piloting the amtracs to shore from ships. They would also assist in the transport of supplies to and from Vietnam. These supplies included 55-gallon drums marked black with orange bands — they held Agent Orange. Frazier would assist in transporting the drums for storage alongside Camp Schwab. Frazier would take his 35mm camera out into the countryside. He remembered following a gully alongside the base, looking to shoot pictures of flowers, and seeing the gallon drums stacked up. He also recalls seeing herbicides used around the rifle range and the dead vegetation that resulted. He woudl go skin-diving frequently — you could see all the way to bottom in those waters. 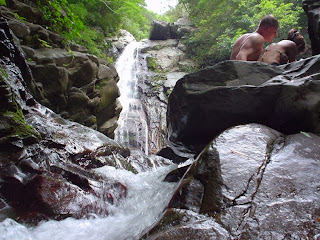 One event he could never forget was a trip he took inland in the Spring of 1971, as remembers it. He and two other marines took a car to a local attraction, a waterfall in Nago, near Okinawa. It may have been the Hiji waterfall. One of the marines he decided to climb the falls, which were steep and slippery. Frazier remembers watching him climb about two-thirds of the way to the top, when the man slipped and fell to his death. Frazier recalls watching it happen in horror and then trying to deal with the local authorities.

Frazier made it back to U.S. He hitchhiked around Europe for a while and then returned to the Kansas City area where he wen to school to study avionics. He lived in Colorado and Tulsa, Okla., working in the computer industry, before returning again to work in the Kansas City area for the Johnson County Wastewater Department.

In 1998, Ronald Frazier was diagnosed with non-Hodgkins lymphoma. He had no family history of cancer. Mr. Frazier has been battling the cancer, and the VA, ever since.

If you or anyone you know might have seen Mr. Frazier or witnessed Agent Orange and other herbicides being used at Camp Schwab, please contact me. Your information will be the difference in Mr. Schwab’s claim as well as many other veterans who served. 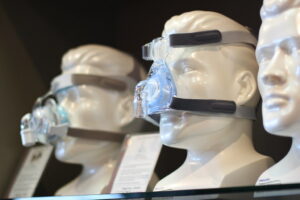 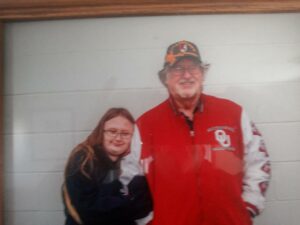 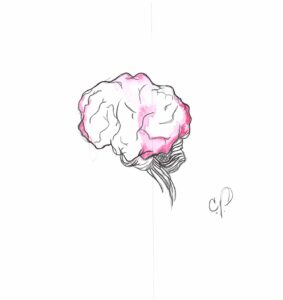 Migraines and Headaches Common migraine symptoms include severe throbbing pain, frequently worse on one side of the head,  nausea, light